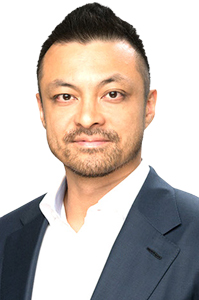 A Certified IFS Therapy Practitioner, combining Ph.D. education in both Asian Languages & Cultures and Philosophy from the University of Michigan and the University of Toronto, David Tien is one of the world's top experts in the empirically grounded, social scientific and humanistic research into the mating and dating issues in male-female relationships, which enables him to help his clients from a multi-disciplinary, holistic perspective. In addition, David Tien has held numerous academic fellowships, such as at Harvard, Princeton, Michigan, Peking University, and Tsinghua University in Beijing, as well as national academic fellowships, such as the Social Science and Humanities Research Council of Canada.

In addition to his advanced training in IFS Therapy (Internal Family Systems Therapy), Dr. Tien has also completed formal training in  Schema Therapy, CBT (Cognitive-Behavioral Therapy), DBT (Dialectical Behavior Therapy), ACT (Acceptance-Commitment Therapy), Gestalt Therapy, and NLP (Neuro-Linguistic Programming), among others. This vast skill set has given David Tien a sound platform to help people in all areas of their lives, which has led to countless success stories for his clients.

David Tien began his professorial career as a professor in the Department of Philosophy at the National University of Singapore, specializing in Asian religious philosophy, moral philosophy, and philosophical psychology. Known for his expertise in the field of philosophy, David Tien has numerous academic publications and many more publications in forthcoming.

Dr. Tien has also delivered academic presentations around the world. He has dedicated his life to transformative education, which has allowed him to impart his knowledge to thousands of people and ultimately completely change their lives for the better. Through his understanding of philosophy, psychology, behavioral science, and social intelligence, David Tien has succeeded in improving the social lives, love lives, and overall lifestyles of hundreds of thousands of people around the world and hopes to impact even more in the coming years.